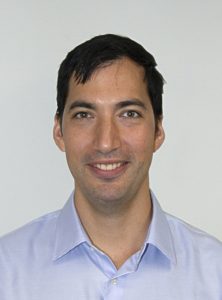 Dr. Gerald S. Braun is a general dentist who works out of our Danbury and Shelton locations.

Dr. Braun received his DMD degree from Tufts University School of Dental Medicine in 2017, following in the footsteps of his father and grandfather into the field of dentistry. During his time in dental school, Dr. Braun was awarded a grant for his research in dental technology. Following graduation, Dr. Braun completed a General Practice Residency at NYU/Lutheran Hospital in 2018, where he trained in all fields of dentistry including Sedation, Oral & Maxillofacial Surgery, TMJ disorders, Oral Pathology, Endodontics, and Restorative Dentistry.

Dr. Braun is originally from Fairfield, CT. Prior to becoming a dentist, Dr. Braun studied Cello during his youth at the Juilliard School in New York, and played professionally with ensembles and orchestras. Dr. Braun received his Bachelors degree in music from the University of Miami in 2009, and worked in Technology and Public Relations before his career change into medicine.

Dr. Braun lives in Red Hook, Brooklyn, where he enjoys taking long bike rides along the waterfront and exploring the borough.